The Cocoa Beach Air Show is the kickoff of the 2021 #AirDotShowLive tour that will visit six destinations.

The 2021 Cocoa Beach Air Show will feature a C-17 GlobeMaster III demonstration by the C-17 West Coast Demo Team out of McChord Air Force Base in Washington on Saturday, April 17th and Sunday, April 18th!

The C-17 Globemaster III is the newest, most flexible cargo aircraft to enter the airlift force. The C-17 is capable of rapid strategic delivery of troops and all types of cargo to main operating bases or directly to forward bases in the deployment area.

The C-17 measures 174 feet long with a wingspan of 170 feet and is powered by four, fully reversible Pratt and Whitney F117 engines. Its cruise speed is approximately 450 knots and it has a range of 2,400 nautical miles without refueling. Maximum payload capacity of the C-17 is 170,900 pounds and its maximum gross takeoff weight is 585,000 pounds. The C-17 is designed to airdrop 102 paratroopers and equipment. The design of the aircraft allows it to operate from small airfields. The C-17 can take off and land on runways as short as 3,500 feet and only 90 feet wide. Even on such narrow runways, the C-17 can turn around using a three-point star turn and its backing capability.

The C-17 made its maiden flight on Sept. 15, 1991, and the first production aircraft was delivered to Charleston Air Force Base on June 14, 1993. The first squadron of C-17s, the 17th Airlift Squadron, was declared operationally ready Jan. 17, 1995. The Air Force originally planned to buy 120 C-17s but have increased the total number to 223 aircraft. 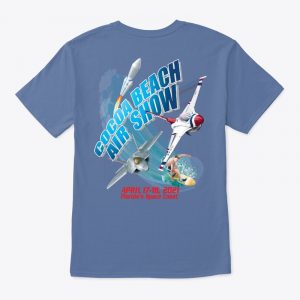 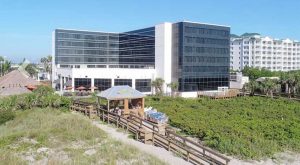